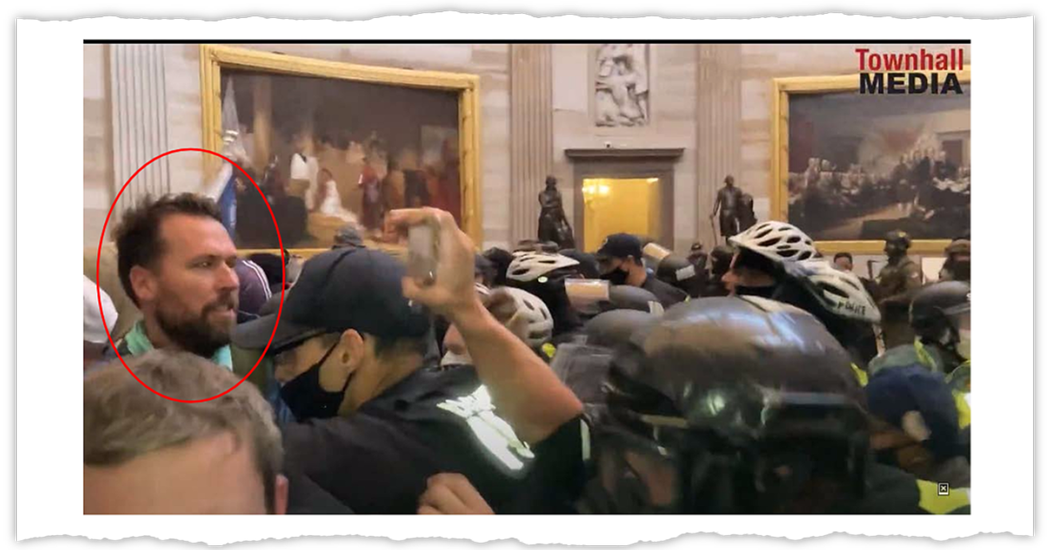 Keller, 38, was identified after he appeared in a video posted online by a reporter from the conservative website Townhall, according to a statement of facts by an F.B.I. agent included in the charging documents on Wednesday.

Keller did little to hide his identity, entering the Capitol Rotunda wearing a Team U.S.A. jacket and with his face covering pulled down around his neck. He is also 6-foot-6, which the statement of facts said made him appear to be “one of the tallest individuals in the video.”

Several former teammates and coaches said they recognized Keller in the video because of his size and because of his Olympic team jacket, which had “USA” printed across the back and down the sleeves.

The F.B.I. special agent who wrote the charging documents said that additional publicly available videos and articles had confirmed Keller’s presence at the Capitol, and that the photograph from his Colorado driver’s license had been used to identify him.

He was one of the thousands of protesters who stormed the Capitol on Jan. 6, seeking to delay — or perhaps prevent — the certification of President Trump’s loss to Joseph R. Biden Jr. in the November general election.

The charging documents, filed in United States District Court for the District of Columbia, do not expansively describe what Keller did in the Capitol beyond the fact that officers attempted to remove him and others around him from the Rotunda. He was charged with obstructing law enforcement, knowingly entering or remaining in restricted building or grounds without lawful authority, and violent entry and disorderly conduct on Capitol grounds.

Efforts to reach Keller for comment were unsuccessful. On Tuesday night, the Colorado real estate firm that had employed him for the past three years, Hoff & Leigh, appeared to confirm his participation in last week’s assault on the Capitol when it announced that Keller had resigned “effective immediately.”

“Hoff & Leigh supports the right of free speech and lawful protest but we cannot condone actions that violate the rule of law,” the company said in a brief statement. Like Keller, it deleted its social media accounts as word spread of his involvement in the Capitol attack.

Few of the people who recognized Keller in the video expressed surprise at his presence in Washington. In recent years, several of them said, his now-deleted social media accounts had included a stream of pro-Trump messaging. In November, he posted photos of himself at an earlier election protest in Washington to his Facebook account.

Keller was a member of three U.S. Olympic teams, and he won medals at three Olympics, including golds at the Athens Games in 2004 and the Beijing Games in 2008 as a member of the 4×200-meter freestyle relay teams that included Michael Phelps. Keller also won a silver medal in the event at the 2000 Sydney Games, as well as two individual bronzes.